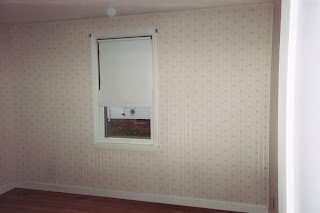 I'm not sure why, but for some reason I got the feeling I was supposed to post this today. After my Father passed away, my Mother sold the house that they lived in for 40+ years. My father passed in the house. Right after we sold it, I went back in and took pictures of all the rooms. I've seen in various shows and publications where they discussed orbs - those round bubble looking objects that sometime appear in photos. They are supposed to be the energy of those that have passed. I took pictures of every room in the house with a disposable camera. When I got the prints developed, the only room that showed anything that looked like an orb was the room in which my father passed. I agree that it could have been something with the film, lighting, or the camera itself. I just thought it was odd that the only picture that showed this was the aforementioned room. And the orb appears over the area in which he passed.

Anyway, since this blog is named after you Ernie (in a round about way), here's the picture.

Side note: My father passed on the 13th of January 2003. I just noticed the post date. Not the same month obviously, but the same day of the month. Probably doesn't mean anything.
Growing Up Chicopee Life in Western Mass

Anonymous said…
The orb was only in that room. That is weird!

Martini Cartwheels said…
Oh Oh. Something may have hitched a ride on your sister-in-law. She better be careful when she sits down!
October 17, 2007 at 5:03 AM