Showing posts from April, 2010
Show all

- April 29, 2010
"Update your blog slacker." That was the text I got today from my niece. Nice way to talk to your aunt, Puddin' Pants. I thought it might be fun to try a theme day. I'm going with Your Topic Tuesday where I post about a subject picked by one of you. (If I have any readers left after my two week hiatus). So feel free to post some ideas here or send me an email at martinicartwheels@gmail.com. If I don't know anything about the subject matter, I'll make it up. You in? Cool. Random thoughts about nothing: One month on Nutrisystem - 9 pounds lost! I have a cold. Anyone have any thoughts on things you shouldn't miss on your first visit to Vegas? Northampton Pride this weekend!
9 comments
Read more

- April 16, 2010
I'm on my third week of NutriSystem and I'm down about 6 pounds. That's three pounds in each boob. And I was so enjoying finally being a full A cup. Oh well. I'm noticing my stomach is gurgling loudly right before lunch time, usually while I am in a meeting. I fear that the noise emanating from my stomach may be misinterpreted as a trouser cough. I'm going to Vegas this spring. And since I'm on the NutriSystem kick, I bet you can guess what show I'm going to see. You got it - Donny and Marie! Once Marie sees me in the audience, I'm pretty sure she is going to know I'm a NutriSystem sister and invite me on stage to do a Paper Roses duet. That will be awesome. She's a little bit country, and I'm a little bit hungry. Have a great weekend!
7 comments
Read more

Everybody Do A Cartwheel!

- April 15, 2010
Some of you may know that the name of my blog was inspired by my Dad, a pretty quiet and shy guy who could be coaxed to do a cartwheel or two after having his Saturday afternoon martini. Here is a great video to inspire each of you to do your own cartwheels. I would try, but trust me, I would hurt myself. The video is by Amy Krouse Rosenthal and she has some very cool short films on her website. Mission Amy KR: Cartwheels! from WBEZ on Vimeo .
2 comments
Read more

- April 13, 2010
....winged, orange and black, bastard lady bugs or Asian beetles or whatever the eff they are called, swarmed the house last fall. A lot of them got inside but by the time winter came, most of them had died off - except those that were making sweet lady bug love in the cellar walls all year long. Enough was enough. I attacked their army of hundreds (maybe thousands), armed with nothing but a shop vac and a can of Lysol . They clung to the cellar window hanging there like a large cluster of grapes. They hunkered down in the yellow insulation that fills the cellar walls. I'd suck them up and they would crawl away and drop from the ceiling in numbers so great it sounded like a bowl of Rice Krispies. I flooded the entire window sill with a layer of Lysol. They skated across as it, mocking me as I started to choke on the smell. But then, just as I thought the battle was lost, I could see the tide starting to turn. I grabbed a roll of paper towels and started wiping them up, squish
6 comments
Read more

I Love My Whiteboard But It Gives Me Anxiety 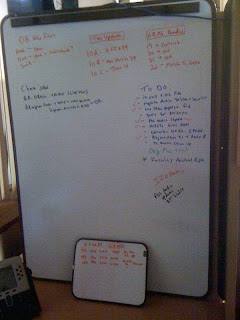 I love my whiteboard. So much so that I have two, a medium size one that sits in my corner of the office and a smaller companion one that keeps the bigger one company. So I know it doesn't look there is a lot on the boards. That's only because writing all pending tasks would cause me to spiral into an anxiety attack of epic proportion. Every weekend I bring home work and every Sunday night, right about now, I start to freak a bit because I have not logged into work. I just can't seem to bring myself to do it. Looks like another sleepless Sunday night approaching.
6 comments
Read more

There's A Skunk Near My Junk 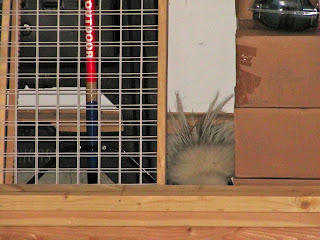 There is a skunk currently roaming around our garage. She (or he) can be seen in the picture above, hiding between some stacked boxes and a baby gate. I was in the garage getting some clothes ready to donate to charity when I spied this little critter walking around behind me. Being the big brave girl that I am, I ran into the house faster than you can say stinky pants. Lessons learned: Skunks smell even when they are not in the act of spraying. This creature, although cute, smells nasty. Skunks cannot be lured out of your garage with bananas. That apparently only works for monkeys. Paper towels soaked with ammonia and lobbed at a skunk's head do not phase the skunk. Banging a spoon on a pan serves no other function than to wake your neighbors. It will not make the skunk get up and march out the door. Suggestions?
11 comments
Read more

- April 06, 2010
Anyone buy the new iPad yet? If so, how do you like it? If you could run away to any part of the USA, where would you go? If a frog was hopping through quick sand and its engine blew, how many cows would it take to jump over the fence?
6 comments
Read more

- April 04, 2010
Ok, yes, I suck. I want to read your blogs. I LOVE your posts. But work is kicking my ass and so I have little time to do what I want to do which is making me crabby. Add that to my diet and I just want to scream. Please don't hate me. You all rock. PS I've decided that potty words are ok to post. Hope that doesn't offend anyone.
3 comments
Read more 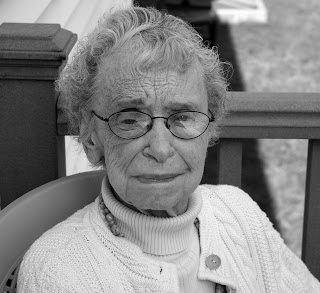 Irene let her hair down and had a full glass of Arbor Mist wine for Easter dinner when normally she only has a half. She is 85. She should be drinking the whole damn bottle.
2 comments
Read more 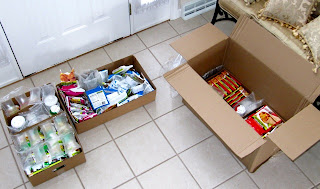 My NutriSystem food arrived about a week and a half ago. The picture shows five weeks worth of food. I started this past Monday and I really like the food. Of course, I can't cook so that may have something to do with it but what the hell, it is working so I'm not questioning it. I've lost about 4.5 pounds so far!! Marie Osmond - I trust you! Lead me to the land of of jeans that fit!
3 comments
Read more
More posts