Showing posts from August, 2011
Show all

Am I A Bad Friend?

- August 30, 2011
Does it make me a bad friend if I laughed so hard I nearly peed when Stiffy told me she caught son number 2 using her neti pot? I mean that in and of itself may not be so funny. But he was using it while he was taking a shower - to wash his butt crack. And she's pretty sure this wasn't the first time. So Stiffy was basically washing out her sinuses with a spigot that had been in someone else's nether regions. I'm still giggling. As bad as this was, I'm not quite sure it tops the incident Stiffy had with her other son. Stiffy couldn't quite figure why her face was breaking out. After all, she took good care of her skin, washing her face morning and evening with her Dove moisturizing bar, which was kept, like the neti pot, in the shower. And you guessed it. Her soap had been somewhere it probably should not have been if it was going to be shared among family members. Yes, Stiffy was literally shit faced. I love my Stiffy. But from now on, I'm not ever u
4 comments
Read more 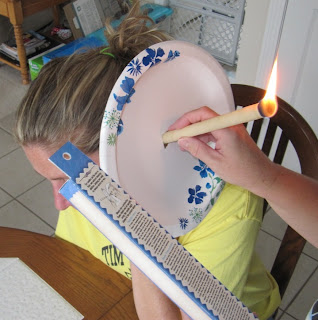 Hmmmm, what to do, what to do when you are feeling trapped inside on a rainy day? I know, let's stick candles in our ears and light them on fire! [The candles that is, not our ears hopefully.] However, it may be best to read the instructions prior to lighting the candle. Oh what the hell. Let's just figure it out as we go along. One of the highlights of the afternoon was Stiffy's topless walk from the kitchen to her bedroom. Those pesky ashes. Not quite sure how they got all over her shirt. Hope your hurricane party was as fun as ours was!
2 comments
Read more 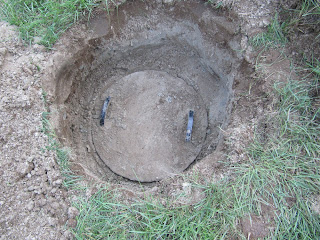 The septic man came to the house and had me drop a little blue plastic thingy down the toilet. He then went out in the yard and scanned the ground with something that looked vaguely like a metal detector. It beeped. He dug. And lo and behold, there it was! He opened in the lid. It was like a giant pool of toilet/sink/shower waste. And the first thought that raced through my mind was "When did we have corn?"
8 comments
Read more

Coconuts In A Jar 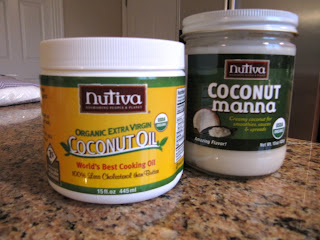 Do you use coconut oil? If so, do you think it really has all the health benefits the write-ups claim? I tried a spoonful of it today. It looks like lard but tastes pretty darn good. I haven't tried the manna yet, but it smells delicious. I'm thinking of throwing one or the other in smoothies and oatmeal. I still feel a bit unsure - it just looks like it would clog the heck out of your arteries. But from what I've read that is not the case at all. If anyone has any thoughts, suggestions, recipies on how to use this stuff, I would love to hear from you.
7 comments
Read more

Hold Onto Your Hat! 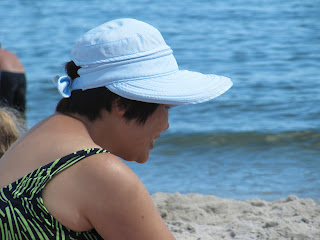 The beach hat - fashion accessory or personal protective equipment (PPE)? With all the talk of sun safety, beach hats are now as common as coolers and and umbrellas. Here are a few examples. The Big Brim Baby Blue Beach Beanie: This hat has three functions. First, it keeps the sun of your face and the face of everyone else in your party. Second, it serves as a landing spot for seagulls and seaplanes. Lastly, it converts to a picnic table on which you can set all your beach snacks. The Two Hats Are Better Than One Hat: Hmmmm. White visor or straw beach hat? Stop stressing over the decision and wear both! You get the protection of a wide brim hat plus the sportiness of a visor all rolled into one here. Tennis anyone? The Plain Jane Chapeau : What do you get when you cross Roseanne Rosannadanna + Bozo + Wayne from Wayne's World? |
5 comments
Read more

- August 12, 2011
A group of us are having a weight loss competition. It goes for 10 weeks and the goal is to lose a pound a week. For every week you don't lose a pound, you have to put $5.00 in the kitty. At the end of 10 weeks the one with the greatest percentage of weight loss gets the pot. Two weeks in and I owe 5 bucks. Not such a great start but I'm confident I can do this. One person has already lost five pounds (would you eat something Mindy for fuck's sake?) You know I love me some Stiffy. She decided to join a gym to help her in her weight loss quest. Stiffy is not really a gym rat. At all. The gym however, has tanning, which is something Stiffy does like. So the other night when she was at the gym she stripped down to her undies, disinfected the the tanning bed, and attempted to slide in - without drying the bed first. And then she somehow flew out of the bed onto the floor, thong intact but slightly shaken. Stiffy, Stiffy, Stiffy. You know I love you woman but I am still lau
5 comments
Read more

Have You Seen My Key (Words) 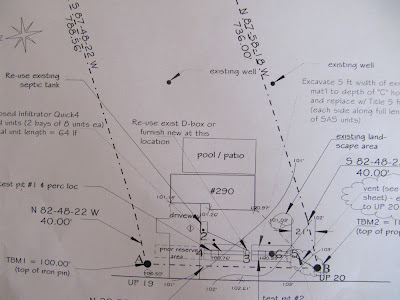 So 60 feet from some iron pin on the right side and 96 feet from some prop pin (whatever the heck that is) is the outlet to our septic tank which I must find and expose in order to have the septic tank pumped. It's like geo-tracking in your backyard only the prize isn't some sort of treasure - it's not having whatever went down the drain and the toilet in the past five years flow into the house. See the number 2 on the map above? That's it. Number 2 is what I have to find so I don't find number 2 someplace else, namely the kitchen floor. Now who knows how to read that freaking map shown above?
6 comments
Read more
More posts