A Ballon-Gram You Don't Want 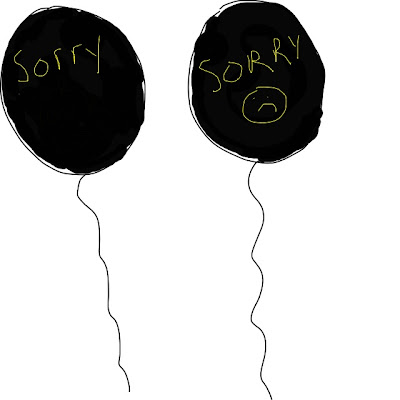 As I've mentioned previously, my mother, prior to being admitted to a nursing home for rehab, lived at my sister's house.
This weekend was my niece's 40th birthday. And her mother (my sister) and father (my brother-in-law), thought it would be funny to tie black balloons to the mailbox prior to the arrival of the birthday girl.
Well, apparently this display caused some concern with the neighbor, who, upon seeing the balloons, went over to my sister's house to ask if our mother was alright.
Now to be fair, I need to disclose that the neighbor was not born in this country and probably thought that this was some strange American thing, like don't ask don't tell or the Tea Party movement.
Anyway, we did find it very sweet that he was so concerned. Maybe for the next party, we'll just stick to streamers - blue ones.
Family Ties

Taradharma said…
How very sweet and considerate of him. Most folks would have run the other way. Glad you could put his mind at ease.
October 18, 2010 at 2:42 AM