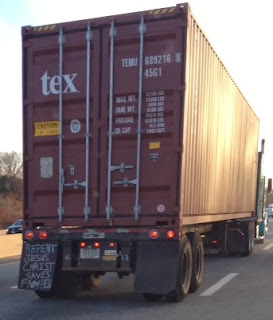 I'm in Mass Pike hell. I'll repent if it will clear up the traffic jam (see mud flap). 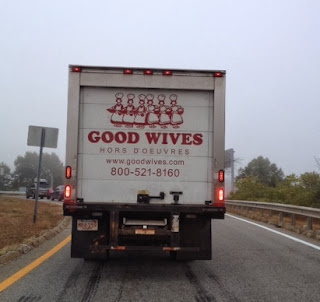 They cook, they dance, they're probably locked in this truck. 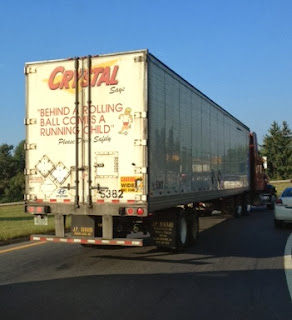 Rolling. Rolling. Rolling on the Mass Pike. Don't worry. A running child is going to make it to my place of employment a lot faster than I am. Can't get run over it the car ain't moving.